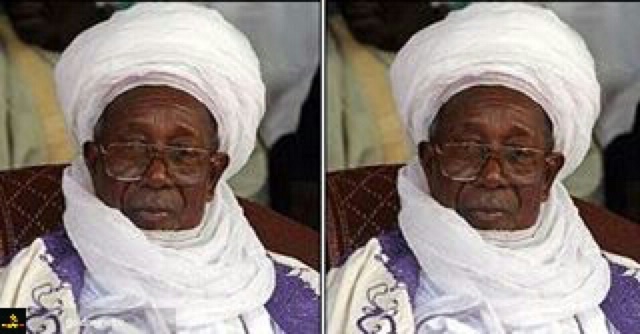 Niger State Governor, Alhaji Abubakar Sani Bello has described the passing away of Alhaji Ibrahim Dasuki, the 18th Sultan of Sokoto as a colossal loss, whose wealth of knowledge will be greatly missed at this crucial and critical period of the nation’s life.

The Governor in a condolence message to the Caliphate and Sokoto State Government, said the late Dasuki left an indelible footprint virtually on every sector of human endeavor during his lifetime.

"The passing away of Alhaji Ibrahim Dasuki, the 18th Sultan of Sokoto is a tragedy to the Caliphate, Sokoto State, the Muslim Ummah and the country. His demise at this critical and crucial moment of our country has created a big vacuum. We have lost a rare gem and repository of wisdom.”

"The late Sultan Dasuki traversed the civil service from the Native Authority to regional and national levels where his contributions to nation building were legendary. From a clerk in the Treasury Office of Sokoto Native Authority, the late Sultan rose to the peak of his carrier as Permanent Secretary in the service of Northern Nigeria.

"The late Sultan Dasuki made his mark not only as a traditional and religious leader, but also as a political icon. His contribution to the building of an egalitarian society where all, irrespective of colour, creed, religion or tribe were afforded a level playing ground remain unparalleled.

"We are deeply saddened by the demise of the patriot, whose wealth of wisdom we would have needed at this trying period in our country. My heart goes out to the entire royal family, the government and good people of Sokoto State, and the country.

"Our consolation however is that the 18th Sultan lived a life of service to mankind, his country – Nigeria, and to Allah his Creator. I pray that Allah grant him Aljannah Firdaus and courage for his immediate family to bear the irreparable loss".