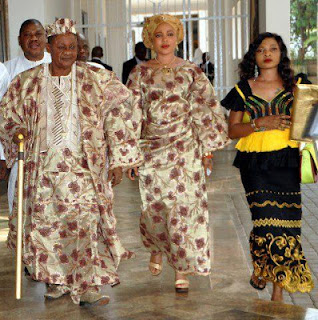 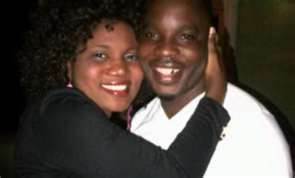 The hubby of late actress, Bisi Komolafe yesterday returned her Honda Pilot Car to her Ikorodu home. Neighbours of the Late actress were shocked when Tunde Ijaduola suddenly appeared at the abode the pretty actress resided before her death on New Year's eve. The atmosphere was charged as they thought he had come to move Bisi's things again, A call was put to Bisi's dad who spoke with Tunde asking him what he came to do in the house, he explained that he merely came to drop the Honda car.
Tunde however took away a flat screen TV set which he insisted is the legacy he inherited from his late father.
Although Bisi's dad said he was coming to meet Tunde, he waited for some time but left when Bisi's dad did not show up.
Friends of the late actress informed us that Bisi's other car is still with Tunde and are hopeful that he will return it like he returned the Honda Pilot.
Posted by Victor at 20:38 1 comment: 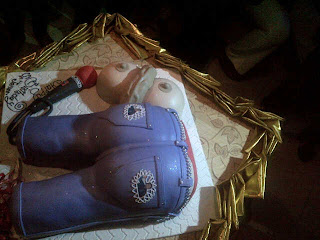 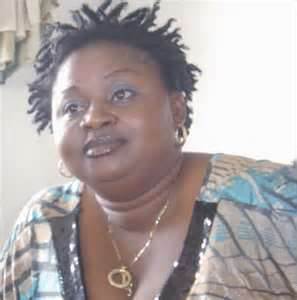 Lewd singer, St Janet, "the GO of Saint bottles Cathedral" last sunday celebrated her birthday at Whitehouse Hotel,Toyin street,ikeja. Guests were amazed at the sexy birthday cake of the celebrant.
Posted by Victor at 09:57 No comments: