An interesting twist is in the news today and i wonder what you make of it. 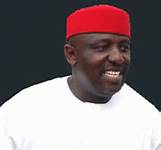 Imo State Governor, Rochas Okorocha has apologised to the people of the state over the controversy generated by the law legalising abortion in the state.

This followed the pressure from churches, especially, the Catholic Church, in the state calling on the governor and the state legislature to repeal the law.

Addressing church leaders at the temporary chambers of the state House of Assembly in Owerri, Governor Okorocha appealed to the members of the House to repeal the contentious section(s) of the law in the interest of the state.

The said law which is cited as Violence Against Persons (Prohibition) Law No 12 of 2012 permits women both married and unmarried to carry out abortion at will.

The contentious section of the law also states that every woman should obtain the rights to enjoy reproductive rights which includes right to medical abortion in cases of intimate assaults, molestation, incest and possible health danger associated with pregnancy to the woman.

Governor Okorocaha explained that his interest in assenting to the law was based on what he saw in Plateau State years back where a woman was raped by a mad man in the market resulting to the woman getting pregnant, saying he was not blackmailed into signing the law.

The governor noted that he had to bow to pressure because he realized that some people might hide under such law to commit abortion.

Meanwhile, the state House of Assembly has commenced the process of repealing the law.

Any thoughts on this??
Posted by Victor at 17:43 No comments:

Bisi Ibidapo Pleads....."Please Let Me Be,I want to be a good mother." 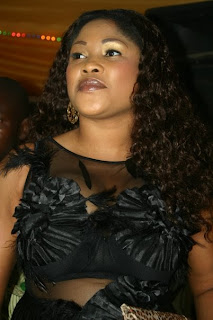 Beautiful actress, Bisi Ibidapo Obe has denied the story gone viral that ex House of Reps member, Dino has accepted paternity of her child. According  to Bisi," the news is totally false as I have not had any form of communication with Dino".

"I am more concerned about the welfare and proper upbringing of my child and will appreciate if the media will support my career, rather than publish false stories about me. I wish to be a good mother to my child and will love to be left out of any controversy so as to be able to build my career well".

Bisi who is preparing for a trip to Canada and United States told MetroNews that she is surprised that no media house called her to even confirm the story before rushing to press.
Posted by Victor at 10:56 No comments: 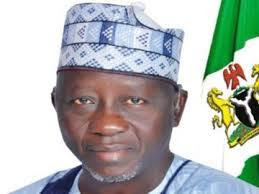 This is the only CPC governor spending 1.5 billion on his son's wedding in the United States. Is this the Muhammadu Buhari philosophy? I don't think so? This should tell my Muslim brothers that they are just being deceived by their politicians. All of them have their children in France, England and the United States and all over Europe, partying. But to spend 1.5 billion naira state money on son's wedding is outrageous. Governor Al Makura tells me that this whole APC thing is, as a writer wrote recently in Daily Trust, putting an old wine in a new bottle doesn't change anything. The PDP people at least are not hypocrites.
Source ellist.com                         -
Posted by Victor at 22:35 No comments:

These are one of those many happenings female Nigerian's do in the UK claiming that they must survive because to them, going back home is no option.

The phone where these information was copied was from a phone found some kilometers away from carnival area.

Many absurd things where discussed but we have decided to post the most modest picture and conversation found and we cut off names and details of both sender and receiver.

Meanwhile see pictures of what transpired between white man our Pregnant Woman must survive Nigerian below...

source: ellist.com
Posted by Victor at 22:17 No comments: 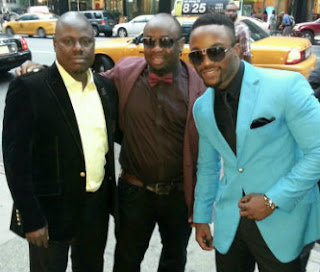 MUSIC PRODUCER OF THE YEAR
Spellz


Event pictures soon.
Posted by Victor at 15:24 No comments: