FIRST BANK DIRECTOR DAUDA LAWAL MAY END UP IN JAIL..... Read How Greed Got Him Into Trouble 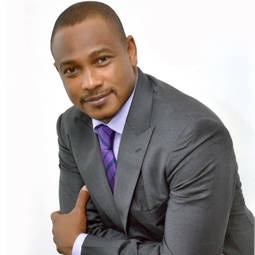 The popular saying that as long as greed is stronger than compassion there will always be suffering,this is the situation of one the executive director of First Bank Plc who because of greed put himself into serious problem and is now under investigation by the Economic and Financial Crimes Commission over his role in the multi million dollar money laundering that involves the former Minister of Petroleum, Diezani Allison Maduekwe. Many didn't know that Dauda Lawal collected the money in his private capacity and not on behalf of First bank Plc.
Read more »
Posted by Victor at 17:39 No comments:

Kwara Governor to SERAP: We Are Not Owing State Workers 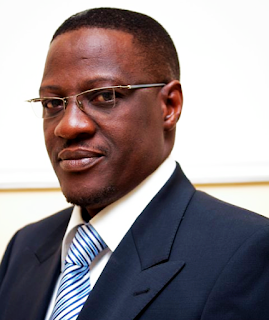 The Kwara State Governor, Dr. Abdulfatah Ahmed has described the decision by SERAP, a rights advocacy group, to include him in a petition to the International Criminal Court (ICC) for alleged non payment of salaries to workers as ill-informed and misdirected as well as an attempt to whip up sentiments on an issue of national concern.

Nollywood actress, Bose Alao is all set to hit the big screen with her fourth film ‘Rivers Between’ on June 9, 2016, in Lagos. The film which was shot in Lagos parade a star-cast of top names in the industry. bose alaoRivers Between, according to Bose, features Segun Arinze, Ibinabo Fiberesima, herself, Akin Lewis, Belinda Effah, Seun Akindele,Don Pat (Republic of Benin) Foluke Daramole ,Juliana Oloyede and Tolu Awobiyi.

How Fayose Got Into Trouble....... Why he is desperate to indict Zenith Bank 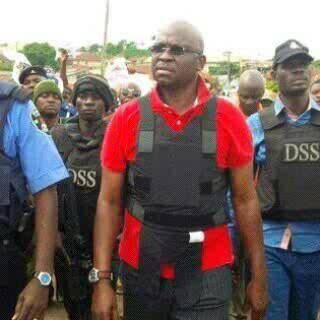 That Governor Ayodele Fayose loves controversy is not in doubt,since the return of Fayose to the office of Ekiti State House,it has been one battle to the other.

Veteran actress, Bukky Ajai is late.She died at the  age of 82
According to family sources, her burial will take place this afternoon.
Burial of Late Bukky Ajayi will take place at Atan Cemetery  by 4pm after her body leaves her residence 20, Alawode Street, Surulere, Masha beside Kilo Hotel.
May her soul rest in peace. 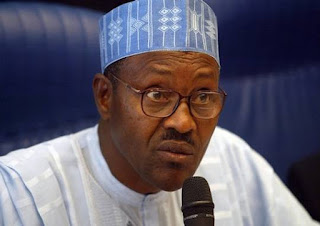 Following the directive by the President General of the Nigerian Supreme Council for Islamic Affairs, Alhaji Sa’ad Abubakar III, the Sultan of Sokoto, to the effect that the Ramadan fast continues today as a result of the non-sighting of the moon, the Federal Government has declared Wednesday 6th and Thursday 7th July, 2016 as Public Holiday.
Read more »
Posted by Victor at 14:52 No comments: 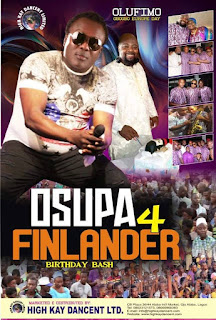 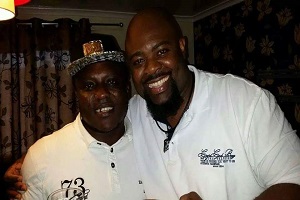 Ahead of Osupa Europe Tour 2016 slated for August to October, theOsupa for Finlander Birthday bash VCDs and CDs have been released intothe European market.According to information gathered, the VCDs and CDs were released inEurope after massive demand for them.On June 13, 2015, Osupa honoured one of his loyal fans, Olufimo GbogboEurope, fondly called Finlander, by performing at his birthday partyheld at De Hall, Alausa, Ikeja, Lagos.The event was attended by several Olufimo family members both inNigeria and abroad.On that day, he was conferred with the title of Olufimo Gbogbo Europeand the Bobagunwa 1st Olufimo Worldwide.It was reliably gathered that several efforts were made to frustratethe release of the live VCDs in Nigeria, but it was finally releasedand its sale has skyrocketed thereafter.At the moment, we learnt the Edo State-born Finland-based big boy isdoing everything possible to ensure Osupa, who he described as thebest Fuji musician, has a successful tour of Europe come August.

NEW SKYE BANK MANAGEMENT: WHO IS WHO

Skye Bank announces changes on its Board and senior Management. The CBN has approved the reconstitution of the Board of Skye Bank PLC. By the reconstitution, Alhaji M.K Ahmad has been appointed as the new Chairman of the Board, while Mr. Tokunbo Abiru has been appointed as the new Group Managing Director and CEO. Messrs. Other members of the reconstituted Board are Bayo Sanni, Idris Yakubu, Markie Idowu and Abimbola Izu, all of whom were serving in the capacity of Executive Director of the Bank prior to now. 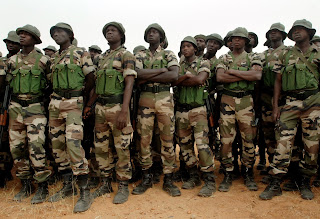 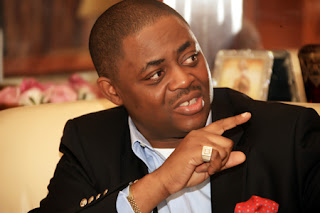 Justice M. S. Hassan of the Federal High Court Lagos today July 4, 2016 granted bail to Nenadi Esther Usman and  Femi Fani-Kayode, both former ministers and directors in the Presidential Campaign Organisation of the People’s Democratic Party for the 2015 general election. Also admitted to bail is Danjuma Yusuf, the third accused in the 17- count charge that borders on conspiracy, stealing, corruption and making cash payments exceeding the amount authorized by law preferred against them by the Economic and Financial Crimes Commission.
Read more »
Posted by Victor at 20:03 No comments: 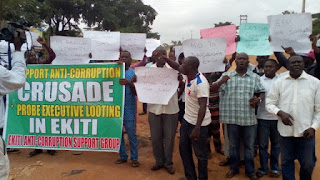 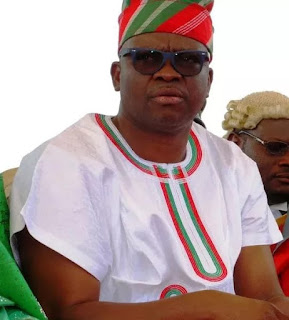 Hundreds of Ekiti State Indigenes rallied on Monday in support of the Federal Government’s anti-corruption war, insisting that governor Ayodele Fayose must be made to face the law, if found guilty of fraud.

Shortly after the governor’s case against the Economic and Financial Crimes Commission (EFCC) at the Federal High Court, Ado Ekiti on Monday, a group of placard-carrying youths staged a protest few meters to the court declaring their support for the anti-corruption crusade of President Muhammadu Buhari and the EFCC crackdown on Fayose and his associates.

Led by an activist, Sunday Asefon, the group said they came to demonstrate in support of the EFCC efforts to prosecute Fayose for alleged money laundering insisting that the governor must face the law for the alleged diversion of arms cash to fund his campaign.

They sang solidarity songs in Yoruba: "Ko si idariji fe ni to ba jale, ayafi ko lo sewon" which means "there is no forgiveness for anybody that steals, such an individual must go to jail."

Addressing reporters during the protest, Asefon said the action was to show solidarity with the EFCC in getting to the root of the alleged stealing of the arms cash saying whoever that is indicted must face the law.

Said Asefon: "We are here today to show solidarity with the EFCC to support the anti-corruption crusade of President Buhari whoever that is indicted must be tried in the law court no if found guilty must be punished according to the law of the land.

"We are in full support of the freezing of Fayose's account which we believe was timely at a time government workers are owed five months salaries and this man is saying there is no money.

"Last Monday, the governor instigated some students to protest against President Buhari and the EFCC which we have dissociated ourselves from. Every reasonable Ekiti person must support the move to recover the stolen funds.

"There is no immunity for impunity, imagine the governor richer than the whole state and we want the EFCC to continue with its war on graft and anybody found guilty must face the music," he added.

Fayose, who is claiming immunity, is under investigation by the EFCC for his part in the infamous N4.7 billion slush funds from the Office of the National Security Adviser (ONSA) under Col. Sambo Dasuki (retd.)

His personal accounts have been frozen by the anti-graft agency while his associates have also been arrested.