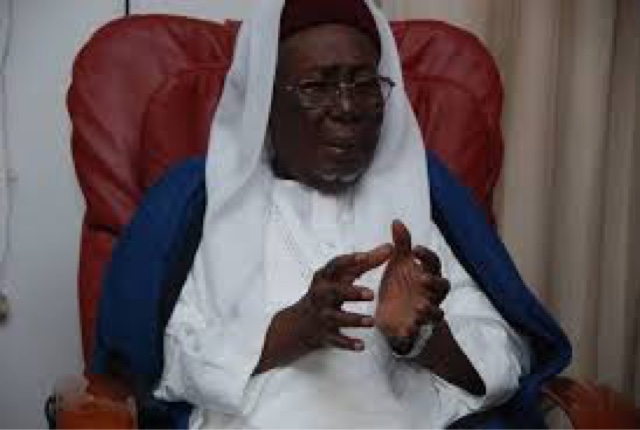 His late father who was a former Sultan of Sokoto, died at the age of 93.

PRNigeria gathered from the family that the Sultan will buried on Tuesday November 15, 2016 after the 2.00pm afternoon prayers at at Hubbaren Shehu Usman Dan Fodio Site in Sokoto State.

The ex-NSA, Sambo Dasuki has been detained by the Federal Government since December 1, 2015 in spite of the bails granted him by three different High Courts in Abuja. The ECOWAS Court had also ordered his release.

As at press time it was not certain whether the government would temporarily permit the detained ex-NSA to pay his father the last respect during the burial.

Note for additional information on Ex-Sultan Ibrahim Dasuki of Sokoto.