Mrs Olayinka, 52, died in Lagos on Saturday, April 6th, after a long battle with cancer.
The week-long activities for her state burial will commence on April 22nd.
According to a statement signed by the Commissioner for Information and Civic Orientation, Mr Tayo Ekundayo, activities for the state burial of the late deputy governor would be held in Ekiti and Lagos States respectively.
According to the statement, further details will be made known as it unfolds.
Posted by Victor at 12:23 No comments: 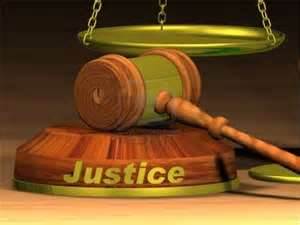 Cyriacus Izuekwe
A Nigerian landlord, Olubukunaji Obajimi, 56, has been remanded in prison after he was arraigned in court for locking his tenants inside their apartment over his missing chicken.
He was arraigned on a two-count charge of conduct likely to cause breach of public peace and unlawfully locking out his tenant before Ejigbo Magistrate’s Court, Lagos State, southwest Nigeria.
The landlord alleged that his tenant, Chukwunonso Okafor and his family were responsible for his missing chicken and locked all of them inside their rooms from morning till evening, insisting they must produce the chicken.
The incident happened at 55, Olubukunayo Obajimi street, Egan, outskirts of Lagos, where both reside.
They pleaded to no avail and they contacted their relation, who in turn contacted the police.
Narrating what happened, the tenant’s wife, Mrs Ngozi Okafor said they woke up and after their usual morning prayer, they discovered that their apartment was locked from outside by the landlord and they could not go out.
She said her husband, Chukwunonso asked the landlord what happened and the landlord told him that his chicken was missing and he was suspecting that one of them in his family stole it.
She said the landlord said he would release them if they provide the chicken.
She said after pleading and explaining that they had nothing to do with his chicken, he refused to listen to them and they contacted her sister who contacted the police at Igando division who rescued them.
She said there were five of them living in the apartment the landlord locked up.
The occupants included her husband and their last baby.
The presiding Magistrate, Mr P. E. Nwaka granted him bail in the sum of N50,000 with one surety in like sum.
He was remanded in custody pending when he will fulfil his bail conditions.
The matter was adjourned till 25 May, 2013.
source:pm news
Posted by Victor at 17:28 No comments:

Several hundred people gathered in south London on Monday evening to celebrate Margaret Thatcher's death with cans of beer, pints of milk and an impromptu street disco playing the soundtrack to her years in power.

Young and old descended on Brixton, a suburb which weathered two outbreaks of rioting during the Thatcher years. Many expressed jubilation that the leader they loved to hate was no more; others spoke of frustration that her legacy lived on.
To cheers of "Maggie Maggie Maggie, dead dead dead," posters of Thatcher were held aloft as reggae basslines pounded.
Clive Barger, a 62-year-old adult education tutor, said he had turned out to mark the passing of "one of the vilest abominations of social and economic history".
He said: "It is a moment to remember. She embodied everything that was so elitist in terms of repressing people who had nothing. She presided over a class war."
Builder Phil Lewis, 47, a veteran of the 1990 poll tax riots, said he had turned out to recall the political struggles the Thatcher years had embroiled him in. "She ripped the arsehole out of this country and we are still suffering the consequences."
Not all those attending were old enough to remember Thatcher's time in power. Jed Miller, 21, clutching a bottle of cider, said: "She was a bit before my time, but family never had anything good to say about her."
Not all were there to celebrate. Student Ray Thornton, 28, said he was there to commemorate "victims" of Thatcherism. "It is a solemn day. It is important to remember that Thatcherism isn't dead and it is important that people get out on the street and not allow the government to whitewash what she did," he said
source:sahara/uk guardian
Posted by Victor at 09:25 No comments:

I was the breadwinner while my marriage lasted,...i will open my eyes well b4 marriage again — Actress, Moji Olaiya 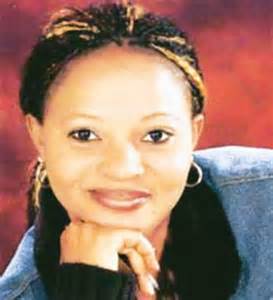 ''I want to use this medium to say categorically and officially that I am separated for life with my husband. I have never talked about this officially before because I was thinking we could amend and make it work again but I am saying emphatically here that all is forever over between me and my husband. This has been on for two years now but I thank God I have been able to pick my life back and move ahead''....''

Yes, of course but this time to a real man, a God-fearing, hardworking, loving and understanding man who will love me for who I am and love my job too. Someone who is capable of taking care of me and not vice versa. And I will take my time to study him well this time around''......Moji Olaiya