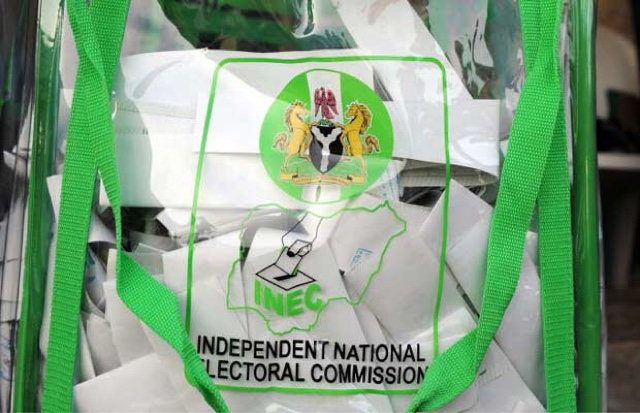 The Independent National Electoral Commission, INEC, has finally postponed the governorship election in Edo State scheduled for Saturday September 10th to Wednesday, September 28thciting security reasons.
The National Commissioner in charge of voters Education and Publicity, Soyebi Solomon said the decision to postpone the election was reached at a security meeting held with security agencies on Thursday evening.
He noted that the commission has successfully implemented 12 out of 14 conditions set for a successful election but however received official communication from the police and DSS drawing their attention on the need to postpone the election.
He said, “However at about 6pm today the commission received official communication from the police and DSS drawing it’s attention to the need to postpone the Edo governorship elections. Such postponement the communication indicates is necessary in view of threats of terrorists activities in Edo State and other states of the federation during the election and over the Sallah period.
“The deployment of security personnel country wide to secure lives and property would over stretched their capacity to at the same time provide adequate security for the election.
“Consequently the commission notes the request of the security agencies and considering the security implications of proceeding with the election the safety of Eligable voters, electoral officials, including ad-hoc staff and other stakeholders has decided to reschedule the Edo governorship elections to Wednesday 28 September 2016.
“The commission enjoins all eligible voters in Edo State, political parties, candidates and other stakeholders to be peaceful and law abiding”
Posted by Victor at 08:22 No comments: 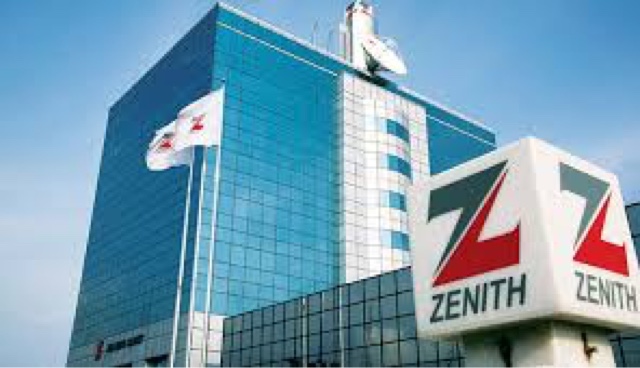 Nigeria’s foremost Financial Institution, Zenith Bank Plc., has launched the *966# Friday campaign to reward its USSD banking customers by giving them a chance to triple their airtime purchased every Friday on the platform.


The campaign, which will run every Friday from September 9 through October 7, 2016 will see the first 966 customers to purchase airtime using the code *966*amount*phone number# between the hours of 6am and 9am, having their purchases tripled.


The Zenith Bank USSD Banking application is a convenient, fast, secure, and affordable way to access your Zenith bank account 24/7 through mobile phones without internet data.


The service is available to all individual account holders with any phone that runs on the GSM platform.


Zenith’s USSD Banking is secure as it requires registration and PIN authentication on all banking transactions.


Zenith Bank consistently plays a leading role in payment innovation, and deploys products that are consistent with the Central Bank of Nigeria (CBN) financial inclusion policy.


The most customer focused bank in Nigeria, Zenith Bank is Nigeria’s largest bank by Teir-1 capital and has earned local and international reputation for the adoption of cutting-edge technology to deliver banking solutions.
Posted by Victor at 08:19 No comments: 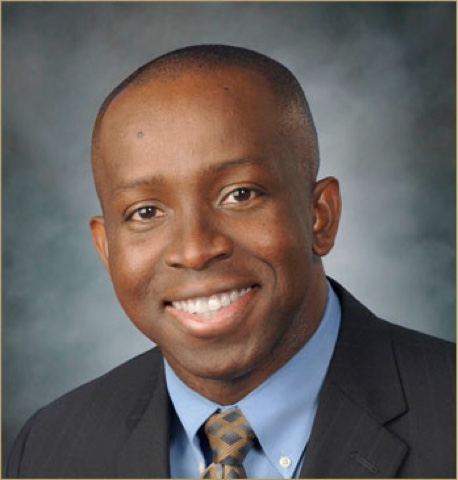 Potential Build up of Private Army and Threat to Nationality Security.

1. We write with the intention to intimate your office of what we perceive as a potential threat to the security of the nation, safety of other citizens and to call on your department to take the necessary steps to avoid what may eventually become a security breach and an embarrassment to the nation and the security network in the nearest future.

2. Kindly note sir, that our observation was informed by ourunderstanding that Security all over the world is more about the"total absence of threats" and definitely not in all the physicalsecurity architecture we often put in place. It is a state ofpsychological sense of safety essentially involving Intelligencegathering.

3. Drawing from information on global best practices in securitycorridors, we know Very Important Personalities (VIPs) areconsidered to be those who, whenever they come to any harm,have the potential of affecting not only them and immediatemembers of their family, but can threaten the security of thestate and a large number of people in the society.

4. These people, to our understanding are the people qualifiedfor Protective Details of Security agencies. And they comeunder different categories of Public Officers.

5. It is in the light of the above, and based on our understanding,and having conducted extensive research in relation to the abovesubject matter, that we are writing this petition to your goodoffice and to call your attention to the potential threat posed tostate security, of having a personality like Senator BurujiKasamu have unfettered access to protective details at the State'sexpense, and uncontrolled allowance/permission to use heavilyarmed Private security operatives.

6. We need to draw the attention of your esteemed office to thethreats contained in this. Apart from the research conducted byus, only few members of the public are aware that most of themen attached to the Senator are private guards. More often thannot they are mistaken as men and officers of the Department ofState Security (DSS) by the unsuspecting publics, especiallybecause they are dressed in black suits, T-shirts like operativesof your department and sometimes carrying arms. In the event ofany security breach or laxity, the department will have a lot ofexplaining to do (on its image) to convince the public about theiridentity.

7. Our study also reveals that in most cases, places and severalinstances where insecurity, militancy and armed violencesnowball into national crises, there had been a period ofdeliberate nonchalance, laxity and sometimes complicity bythose who are charged with the security of the society. Thedreaded Boko Haram sect is an immediate case study. Membersof the sect had at a point been employed as private Securityaides and details of some top politicians, governmentfunctionaries including governors in Borno State before theybecame uncontrollable. God forbid a repeat situation in anyother parts of the federation.

8. Senator Buruji Kasamu goes about with over fifty (50) privatesecurity guards and all are heavily armed. Sir, we can thenimagine what a scene it will look like in a society where wehave all the 109 Senators in the Upper legislative chamber eachemploying the services of approximately 50 private Securitydetails; each of the 360 members of the House ofRepresentatives; all commissioners in the services of each of the36 states; all past governors; former Senators and members ofHouse of Representatives etc and all of them treating themselvesto this luxury of liberty and freedom that is being accordedSenator Buruji Kasamu.

9. One can also imagine a situation where a private citizen havethe capacity to hold down the security system and operatives ofan entire nation for weeks or even withstand a siege for monthsin the case of any crime for which he is declared wanted. Thereare several examples in this regard. The first time a rankinggovernment official was killed in the United States of Americawas at the Church of Heaven's Gate of the Reverend Jim Jonesin Guyana. The case of notorious Mexican drug lord, Guzman ElChapo who recently broke jail in spite of all state securityapparatuses is also fresh in the memory. He was able to achievethis feat because of the retinue of personal extra security at hisdisposal.

10. We are not persuaded by reasons of logic and security thatSenator Kasamu enjoys more privileged status than hiscolleagues in the Senate and other eminent citizens of ourcountry.

11. We therefore call on your good office to urgently interveneto arrest this real, actual and potential threats to the security ofthe Nigerian state and the good citizens of the country.

12. Kindly find attached for your perusal.

3.The Inspector-General of Police

5. The Commissioner of Police,

The Executive Governor of Ogun State

Embassy of the United States of America

9.The Canadian High Commissioner to Nigeria 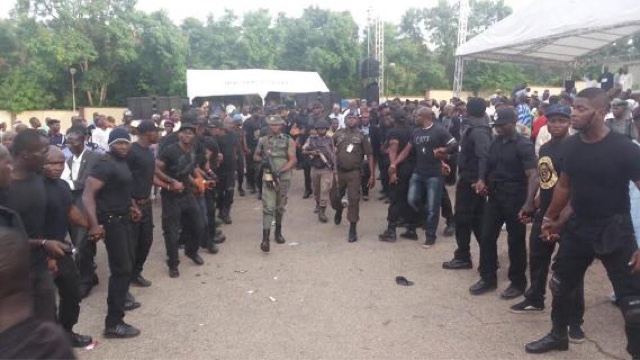 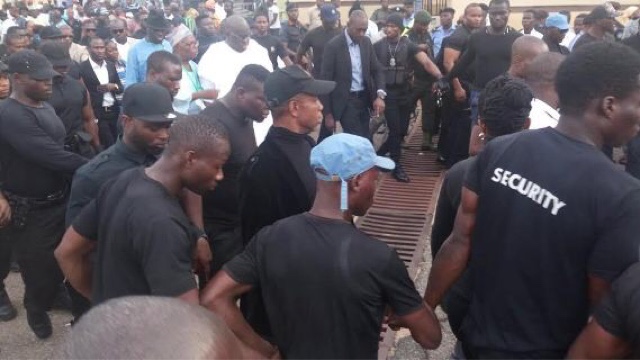 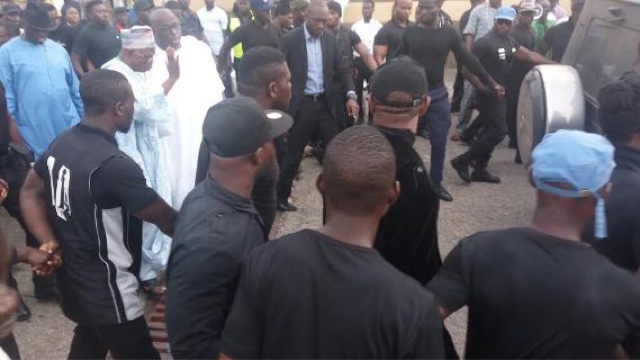