Three female undergraduates of Tai Solarin College of Education, Omu-Ijebu, Ogun State, who were declared missing have been sighted in Dubai, the United Arab Emirates(UAE), PREMIUM TIMES has learnt. The students, Omoeneme Maureen, Ajao Aminat Romoke and Oludegun Morufat Olayinka, have been missing from the school for several weeks, and had become a source of worry for the college management and their parents.

The school authorities and the families of the three100 level French students, had searched various parts of the state including various accidents scenes and mortuaries during the search for the students. There had also been rumours that ritualists might have kidnapped and used the ladies for ulterior actions. One of the girls eventually made contact and told a search party that they were in Dubai to seek greener pastures. When contacted, the Registrar of the College, Tunji Kanimodo, confirmed the story, adding that the students’ action was amazing.

Mr. Kanimodo told PREMIUM TIMES that the police had been informed that the girls were in the United Arab Emirates. He said the students had paid their fees and registered for the ongoing academic session before they went missing; and the school authorities would wait for appropriate action by the police before it takes further actions.

SOURCE: Premium Times
Posted by Victor at 12:30 No comments: 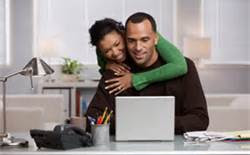 1. Always calls you to find out how you day is going.

2. Will feel terrible when he forgets your birthday or anniversary and will always make it up to you.
...
3. Surprises you with gifts, even when the occasion is not special.

4. Tells you regularly that he loves you.

6. Knows how to caress, hug, kiss and fulfill your heart’s romantic desires.

7. Feels your pain when you go through hard times.

8. Loves to see you happy and rejoices with you.

9. Always makes quality time to spend with you.

10. Will never physically or emotionally abuse you.

11. Will marry you without waiting too long.

12. Will forgive and forget when you apologize for hurting his feelings.

13. Will not use your weaknesses or secrets against you.

14. Will not air your dirty laundry.

15. Is patient and willing to work on your relationship problems.

16. Knows that it is important for you to spend time with your friends and family members.

18. Will not flirt with your girlfriends to the point of annoying you.

19. Will not go out of his way to make you jealous.

20. Will always respect you in the presence of his friends and family members.

21. Always helps you with chores around the house.

22. Enjoys the company of your family and friends.

23. Supports your dreams and ambitions.

24. Never puts you down when talking to you.

25. Cares a great deal about your thoughts, feelings and opinions.

26. Is always available to help when you need him.