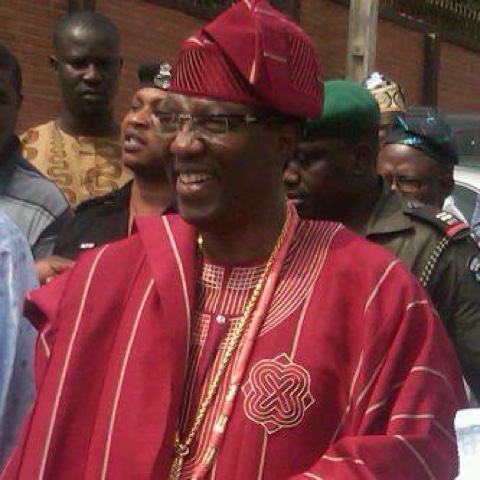 The only way for Nigeria’s survival as a nation is for all tiers of government to imbibe ideals of our founding fathers by initiating programs that would contribute to the uplift of the life of the ordinary citizenry and this could only be achieved when true federalism is allowed to thrive with each federating State retaining its relative autonomy.

The immediate past Governor of Ogun State, Otunba Gbenga Daniel stated his in his independence day message to Nigerians on the occasion of the nation's 56th independence celebration.

According to the former governor, it was pathetic that over half a century of gaining independence, people still shed tears before their children get good education; employable graduates are jobless because of scarce employment opportunities and lack of wealth creation strategies while most of our factories and  industries are moribund.

Otunba Daniel also admonished politicians not to play into the hands of malevolent forces that are desirous of returning Nigeria and Nigerians to the era of bondage. "Our experience with military dictatorship is still too fresh and vivid. This should inform utmost circumspection on the part of our leaders in the handling of disputes that may arise in the process of our projecting our contending visions for the society”. 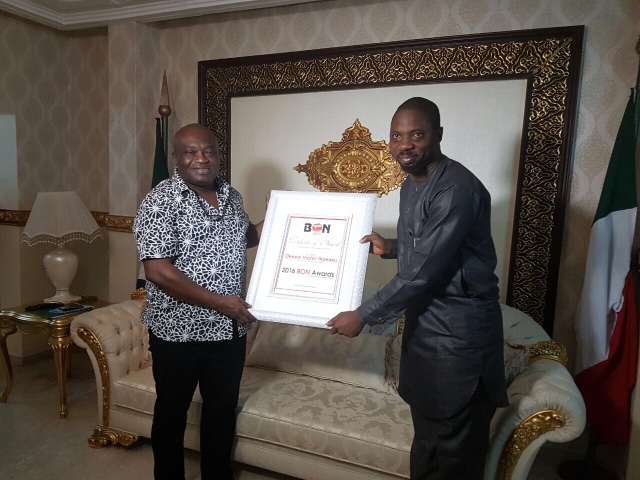 Lagos, Nigeria/September 29th, 2016 – The Best of Nollywood Awards, Nigeria’s preeminent homegrown reward system for the movie industry, will this year hold in Abia State, December 10th. While accepting the hosting rights from the BON Awards organizing committee and a sprinkling of actors including Walter Anga, Yomi Fash Lanso, Rex Nosa and Tayo Sobola, the governor, Dr. Okezie Ikpeazu, expressed his delight that Abia State was considered worthy to host an event of the magnitude, renown and reverence of the BON Awards. 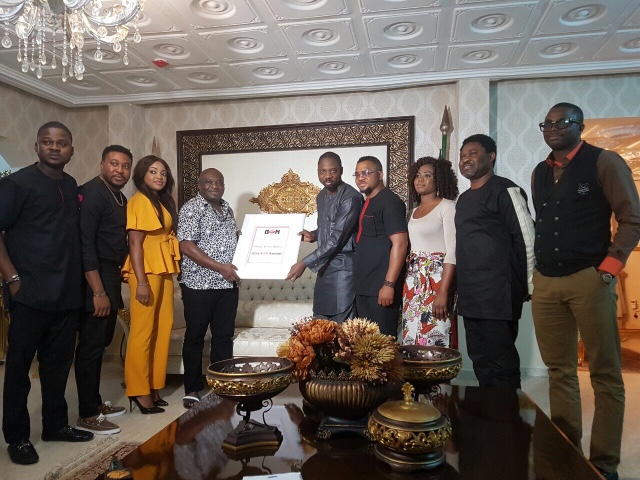 Weighing in on the global acceptance and importance of Nollywood, Dr Ikpeazu said Nigeria used to receive a lot of flaks from the outside world but, “In the last couple of years, we now receive considerable buffer from Nollywood. Nollywood has given us a new level of respect across the world. Therefore, when I was approached to host the awards, I thought that while this might not be the best of times financially for us as a state, it avails us a platform to bring the industry back home, show our various tourism and economic potential and join you to celebrate an industry which contribution to the GDP of Nigeria is invaluable.”

Continuing, he said, “For us in Abia State, Nollywood has contributed immensely to the well-being of our people because one of the marketing and distribution pivots of the industry, Pound Road, is here in Aba, the SME capital of Africa. Just like Idumota in Lagos and Iweka Road, Onitsha, Pound Road contributes more than 50percent to Nollywood. So, prior to now, I always thought about how to further get involved with the industry which is why we are working on a film village and are glad to host the Best of Nollywood Awards 2016. ” Dr Ikpeazu promised that the state would join forces with the organizing team to produce a world class event that would surpass all other editions and create the high watermark by which awards ceremonies in Nigeria and beyond would be measured.

The executive producer, Seun Oloketuyi, thanked the governor for agreeing to host the event, saying, “The Best of Nollywood Awards was created in 2009 as a veritable premium platform to honour the enterprise and ingenuity of stars and stakeholders of the Nigerian movie industry otherwise known as Nollywood. I am happy to say that we are now the longest running homegrown movie awards ceremony. We designed BON as a travelling awards ceremony and in the intervening years, has been hosted by the Ogun State government under Otunba Gbenga Daniel, the Delta State government (Dr. Emmanuel Uduaghan), the Rivers State government (Hon. Rotimi Amaechi) and the Ondo State government (Dr. Olusegun Mimiko).” Oloketuyi assured the governor that there’s no better ceremony to officially launch the new ultra-modern international events centre being constructed by the state than the BON Awards
Posted by Victor at 16:35 No comments: 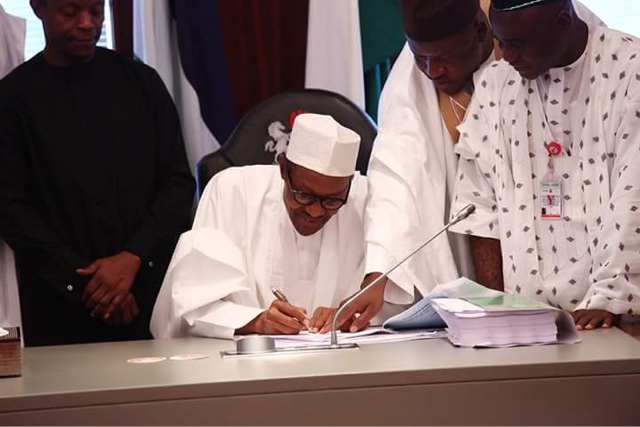 The Honourable Minister of Interior, Lt Gen (rtd) Abdulrahman Bello Dambazau, while making the declaration on behalf of the Federal Government, congratulates Nigerians at home and abroad on the commemoration of this year’s independence anniversary and assures them that Government is working assiduously to put in place various palliative measures to cushion the effects of the current economic challenges.

The Minister enjoins all Nigerians to continue to support President Muhammadu Buhari in his avowed determination to build a strong, virile and united country in line with the dream of the country’s founding fathers.

He wishes all Nigerians a happy anniversary celebration.

Re: OPC Abducts Pastor During Service 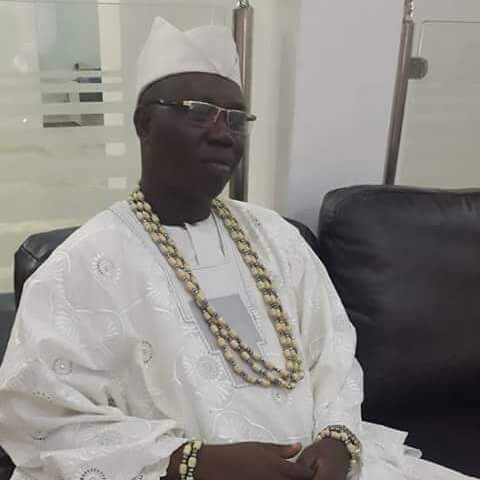 The attention of the O'dua People's Congress, Ogun State Chapter has been drawn to a newspaper reports (Punch newspaper) of Tuesday 27th of September, 2016 with above headline and we think, for the sake of the unsuspecting public who might be misled by such damaging reports which portray the O'dua People's Congress (OPC) in bad light, as an organization of hoodlums, we need to set the record straight.
We need to state unequivocally and without any fear of contradiction, that no member of our organization, the O'dua People's Congress was involved the abduction of any pastor whether during or after church service on the day in question or at any other place and time thereafter .
We are not disputing the fact that the said pastor have fallen victim of some hoodlums contracted to do some hatchet jobs, but we maintain clearly those are not members of our organization.
For the avoidance of doubt, members of the O'dua People's Congress have means of identification, and this was a deliberate measure put in place by the leadership of Otunba Gani Adams to distinguish our members from the various impostors and hoodlums who may want to hide under the name of the organisation to perpetuate evil.
Besides, our organization does not have any unit or cell in the Onigbogbo, Atan Ota area referred to in the story. And the question of any of our members being drafted from any other area to do such hatchet jobs in an unknown territory does not arise, chiefly because we run a command structure whereby most, if not all activities of our members, units and cells are closely monitored.
The O'dua People's Congress as a responsible socio-cultural organisation that looks after the security and welfare of Yoruba people and nation, and has acquitted itself creditable well in various forms of charity. It could not be used as a tool for the oppression of the people it elects to protect.
We therefore call on the relevant security agency to carry out their investigations diligently with a view to unraveling the true identity of the people who perpetrated this act, bring them to book, ensure justice is done, and establish the cause of this misrepresentation.
Dada Jesiliu
Secretary, O'dua People's Congress
Ogun State Chapter.
Posted by Victor at 14:00 No comments:

Come Sat,October 1st 2016,Ogun top entertainment palace,De Rich Lounge is set to re-open with a bang. The exclusive club and lounge situated in the premises of Richton Hotels and Suites,Ibara Housing Estate,Abeokuta Ogun state has re-packaged to meet up with modern trend in the hospitality and entertainment  industry.

According to Abeokuta based media practitioner and socialite, Gbenga Davies who is the management consultant to the newly recharged lounge, " De Rich Lounge is poised to take back its leadership status in the state and also give trending clubs in neighboring states a run for thier money. De Rich Lounge and Club is now positioned to open for 24hours, everyday of the week with special nites on wednesdays(ladies nite),Friday (ballers turn up)Saturdays (old skool/after party) with plans to host birthdays,anniversaries,parties and many more in a serene and  security tight  environ.

" De Rich Lounge now wears a new look with state of the art facilities which sets it apart and focused on taking entertainment to another level and give patrons more than thier money's worth. 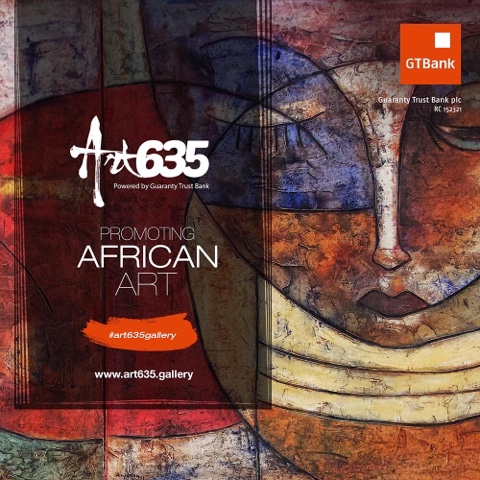 Art635 is a foremost online repository of African artworks and is set to serve as a leading platform for the promotion of indigenous artists across the continent. At the moment, most budding indigenous artists in Nigeria and across Africa have little or nowhere to showcase their works and make a substantial living from their works. The Gallery will significantly expand the exposure of these artists, provide an enabling platform for the marketing of their works and serve as a much needed motivation for the further development of their artistic skills and talents.

The launch of ART635 is the latest of the Bank’s sustained efforts to promote African arts locally and internationally. Arts is one of the four pillars of GTBank’s Corporate Social Responsibility policy and the Bank’s support for Arts over the years ranges from collecting art work from Nigerian artists, to partner with Tate and other Art institutions to promote the value of African Art in Africa and the international marketsthrough project-lead initiatives.

With ART635, the bank aims to further its support for African arts by helping African artworks become not just more seen and appreciated, but also to turn them into a much more profitable and commercially viable venture for indigenous artists who currently earn very little from their works. This is in line with the Bank’s initiative to go beyond the traditional understanding of Corporate Social Responsibility as corporate philanthropy by intervening in economic sectors to strengthen small businesses through capacity building initiatives that serve to boost their expertise, exposure and business growth.

Commenting on the launch of ART635, Mr Segun Agbaje, the Managing Director of Guaranty Trust Bank plc, said; “At GTBank we see art as an avenue for unlocking people’s creative potential and by creating ART635 we aim to expand the opportunities for art education as well as broaden the reach and viewership of the works of indigenous artists.”

He further added that “Although African art goes back several centuries, the art industry in the continent is still young and largely untapped and we hope that with ART635 we can drive its evolution into a lucrative and vibrant economic sector.”

GTBank has consistently played a leading role in Africa’s banking industry. The Bank is regarded by industry watchers as one of the best run financial institutions across its subsidiary countries and serves as a role model within the financial service industry due to its bias for world class corporate governance standards, excellent service quality and innovation. 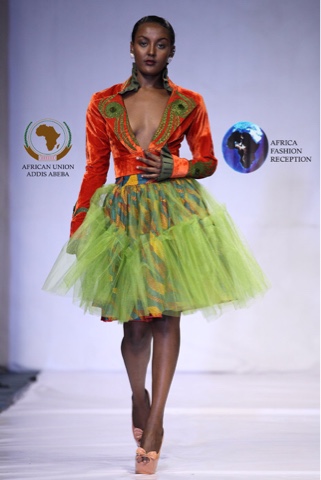 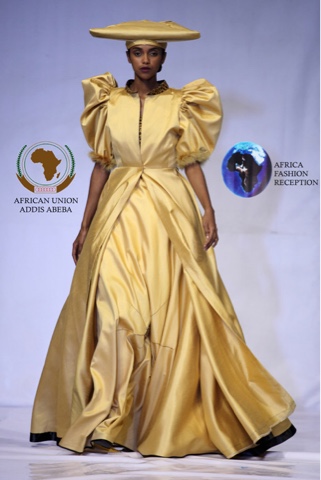 Activities opened with exhibition by participating countries. The Chairperson of the African Union, Dr Nkosazana Dlamini Zuma visited the exhibition stands with great admiration for the exhibited fashion products locally produced from around the African continent. 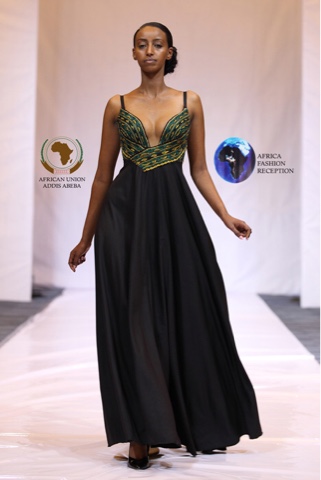 The Africa Fashion Business Summit took place the 2ndday 14th September at the small conference hall. It was conducted by Lexy Mojo Eyes, CEO of Legendary Gold Limited, organizers of the Africa Fashion Reception. The welcome address was delivered by the Commissioner for Social Affairs, His Excellency, Dr Mustapha Sidiki Kaloko. They Keynote Speaker was Cristina Morozzi from Istituto Marangoni, Milan, Italy. She spoke about the increasing influence of African fashion globally. The Managing Director of Femaz Micro Finance Bank, Dr Mrs Sandra Nwugo talked about the role of Micro Finance Bank in supporting the various fashion vocations. 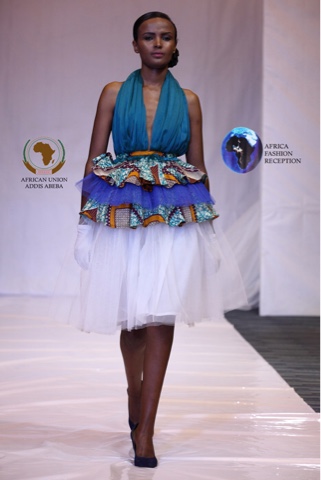 The gala fashion event took place on the last - 16thSeptember at the multi-purpose hall of the African Union. It started with a welcoming cocktail. In attendance were about 600 select VIPs made up of Ambassadors from over 112 countries, international organizations, Corporate CEOs and top government functionaries. 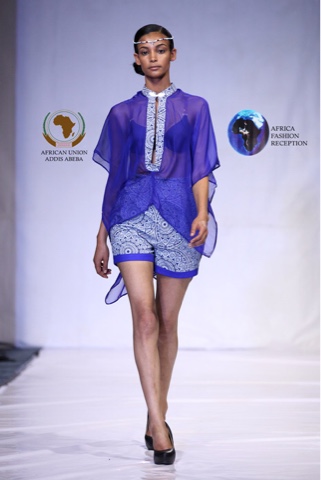 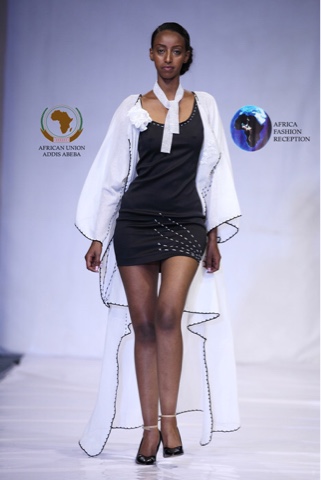