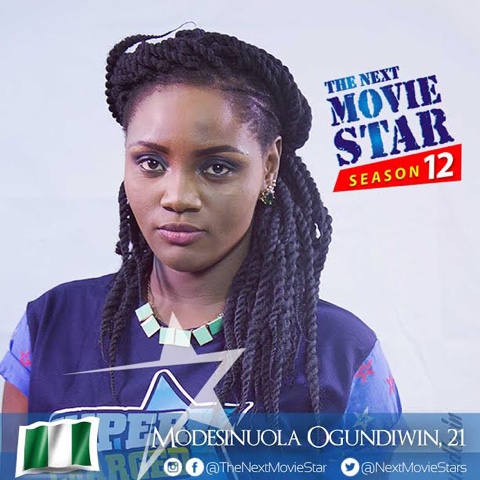 From the votes of viewers across Africa straddling the Internet and SMS, and judges, Modesinuola Ogundiwin, a 22-year-old Oyo State native, has been adjudged winner of the 2016 Next Movie Star Super Charged edition.

To announce the winner was veteran actress, Stephnora Okere, who was also one of this edition’s judges. She was joined by a successful entrepreneur and media guru, Mr Kingsley James popularly known as KJV in the announcement.

An Intelligent and Security studies graduate from the Afe Babalola University, Ado Ekiti. Modesinuola was beside herself with joy as she muttered repeatedly, ‘Thank you God, Thank you God’. She described her victory as an act of God because “I wasn’t expecting this at all. I just threw myself into the show believing that God’s will shall be done. Now, God’s will has been done. I am just too excited to say much now,” she said.

The Next Movie STAR 2016 tagged ‘SUPER CHARGED’ which is the 12th  anniversary edition of the show is the only privately run reality show in the whole of Africa,  powered by Digital Interactive Media, and proudly supported by Coca Cola…..

The next Movie Star has over the years produced many stars and the reality TV show is still waxing stronger. Those who have passed through the platform include Tonto Dikeh, Annie Idibia, Kevin Chuwang Pam, PortiaYamahan, Uti Nwachukwu, Lydia Forson, Karen Igho, Tamara Eteimo, Tomiwa Kukoyi, Halimat Aitsegame, Boma Mac Ake, Zerziyia Wilson and others….