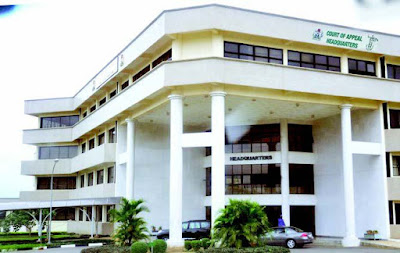 On February 22, the Nigerian Bar Association, NBA, published the names of 12 lawyers it said had been shortlisted for appointment as Court of Appeal judges after an intensive two-day screening exercise that involved 187 lawyers.

In a statement announcing the shortlist, the NBA explained that the exercise was in response to the call by the President of the Court of Appeal for it to nominate “suitably qualified candidates” to be considered for appointment as judges into the second highest court in the country.

A Premium Times investigation has revealed that one of the finalists, Rita Chris-Garuba, formerly Rita Kuku, in 2000, was indicted for a series of professional misconduct, including putting clients’ funds to her own use, and a £250,000.00 mortgage fraud in the United Kingdom where she worked as a solicitor.

After an indictment, the Law Society of England and Wales described Mrs. Chris-Garuba as lacking the “integrity”, probity and trustworthiness” expected of a legal practitioner, and subsequently struck her name off the Roll of Solicitors.

The Law Society is the professional body of solicitors in England and Wales. It regulates conducts of solicitors as well as protects the public from dishonest practitioners.

After practising as a registered foreign lawyer in the country for a while, she qualified as a solicitor in August 1998. But barely six months after she was admitted as a solicitor, she ran into trouble after she, alongside her partner, Axel Nares, was charged with fraud, and “conducts unbefitting of a solicitor” before a three-person tribunal of the Law Society chaired by J.C Chesterton.

A record of the trial obtained by PREMIUM TIMES from the Law Society showed that the charges against Mrs. Chris-Garuba and Mr. Nares were filed by Peter Cadman of the Office of the Supervision of Solicitors on January 27, 1999. Mr. Cadman further presented a supplementary list of allegations against the duo on February 20, 2000.

Both accused were charged with utilising clients’ funds for their own use; drawing money from client’s account above what was permitted by Rule 7 of the Solicitors Accounts Rule 1991, and the failure to keep account properly written up for the purpose of Rule 11.

They were also charged with the misappropriation of clients’ funds. Other charges against them were the use of client’s fund for the purpose of other clients, and unreasonable delay in the conduct of professional business.

Mrs. Chris-Garuba was specifically charged with misleading a client as well as obtaining a mortgage by deception.

The charges against Mrs. Chris-Garuba and Mr. Nares were considered so grave that the hearing continued for over 10 hours and did not end until 8.20 pm.

Mrs. Chris-Garuba did not raise any objection to the long hearing, she even turned down an offer by the tribunal to take a break, saying she had no need for one.

The investigation into the accounts of her law firm, Temple Chambers, by the Law Society’s Monitoring and Investigative Unit began in July 1997, at the time when Mrs. Chris-Garuba was a registered foreign lawyer in the UK handling investment matters.

The tribunal was told that Mrs. Chris-Garuba obtained a mortgage by deception.

In March 1996, she purchased a property at luxury High View Gardens, Cyprus with the help of a £150,000.00 mortgage obtained from Preferred Mortgages using her full name at the time, Rita Ifeyinwa Kuku.

However, she fell short of her mortgage repayment and accumulated arrears.

Not wanting to lose the property due to accumulated arrears, she arranged for the sale of the property to herself, using her maiden name, Chukwuma, with a mortgage advance from another company, Abbey National Building Society.

When applying for the new mortgage, she used an identity card that identified her as a marketing consultant instead of a lawyer. She also used different addresses in the applications.

She admitted to the tribunal that she was both the vendor and purchaser of the property and that she had kept accounts under her married name and maiden name. She said she had put in £100,000.00 of her own into the property.

Mrs. Chris-Garuba explained that just before the transactions, she had been divorced from her husband and had suffered “considerable trauma” and was in a sorry emotional state”. She told the tribunal that she and her children did not receive any maintenance from her former husband and that she was scared he would be able to claim a substantive portion of her property as a result of the divorce.

She further told the tribunal that the new mortgage cut her monthly repayment from £2,071.00 to £1,000.00. She said after rebuying the property, she continued to repay the new mortgage faithfully and did not fall into arrears.