GOVT WILL NOT BE DISTRACTED ON GAS CITY PROJECT, SAYS UDUAGHAN · Meets with Itsekiri women 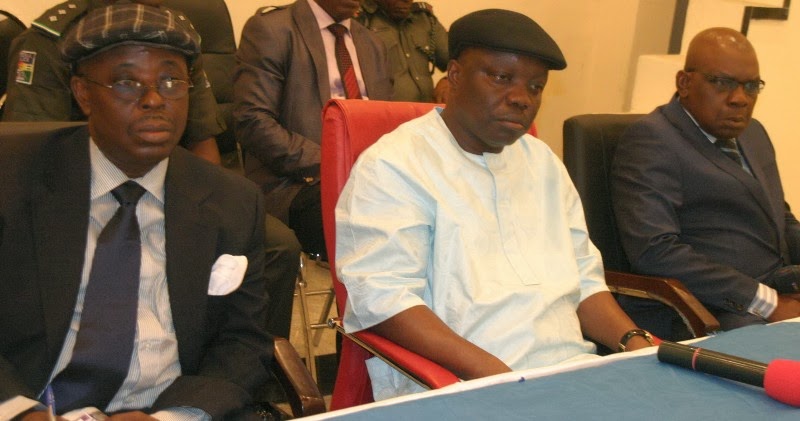 Delta State Governor, Dr. Emmanuel Uduaghan declared on Wednesday that the $16 billion Gas City Project was on course and could not be stalled by the activities of fifth columnists.


Uduaghan, in a media interaction with journalists in Warri, reiterated that security agencies were not involved in shoot out at Ugborodo, site of the project, as alleged by a section of the media.

The Governor rather noted that the trumped up reports were the handiwork of persons that bent on stalling the take-off of the project, stressing that the Federal and State Governments would not be distracted by such antics.

Uduaghan informed that he has met with the National Security Adviser, the Chief of Naval Staff and the Inspector General of Police, adding "everything is being done to ensure there is adequate security in the area for the project to go on."

The contractor, he said would in the next few days be moving to site to commence work and allayed any fears of the project being relocated from the state.

He informed that parties in the struggle for the leadership of the Ugborodo Community Trust have been summoned to Abuja and appealed to everyone in the area to maintain the peace.

Uduaghan dismissed insinuations of vested interest in the area, explaining that his only interest was to provide a peaceful environment for the project to succeed.

"My interest is to ensure that there is peace in the community and that the project succeeds because this project is beneficial not only to Ugborodo Community, Itsekiri Land, Delta State but Nigeria as a whole.

"I have no personal interest in this matter, all the factions are known and close to me and they have worked with me even before I became governor," Governor Uduaghan said.

In a related development, a group of Itsekiri Women led by Chief Rita Lori-Ogbebor, met with the governor in Warri to understand the issues in Ugborodo.

The governor, commending the Itsekiri Leader for her peaceful effort explained that leadership tussle on who becomes chairman of the Ugborodo Community Trust was at the root of recent unfounded stories in a section of the press.

Uduaghan assured the delegation that the Federal and State Governments were working closely to forestall any breakdown of law and order in the area.

Lori-Ogbebor on her part commended the quick intervention of the governor in dousing tension in the area and pleaded with him to always keep the channel of communication open with the women group.

She explained,"we have come here to ensure that there is peace in Itsekiri land."