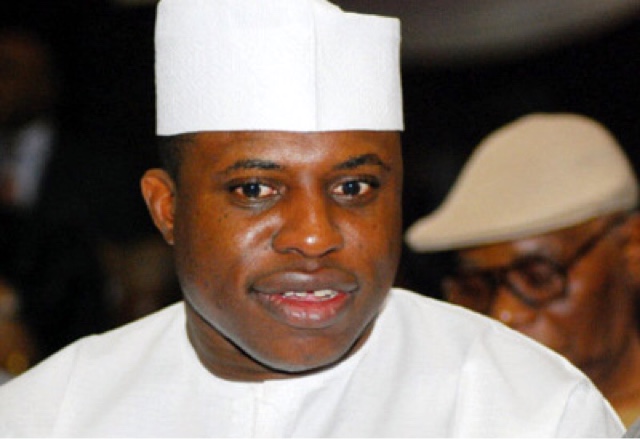 New things are beginning to happen in the Ogun State chapter of the Peoples Democratic Party (PDP) despite the crisis that bedevilled the party in recent times.

What is presently playing out in the state chapter of the party, according to events watchers, would further increase their fortune in the state ahead of the 2019 elections.

Reliable sources revealed to us that the faction of a former speaker of the House of Representatives, Dimeji Bankole has merged forces with that of a son of pools and betting magnate, Chief Kessinghton Adebutu, Ladi Adebutu, who we learnt has governorship ambition under the PDP in the state in 2019.

With the merger, the formidable team is now set to slug it out with the faction of Senator Kashamu Buruji, who is said to have formed a parallel exco of the party in the state.

Prior to the merger, the three groups had held their congresses on May 11, 2016 at different venues.

Sources disclosed that ex-president Olusegun Obasanjo is supporting Ladi Adebutu's group and that OOPL was given out to the group for their congress free of charge.

The deal between the faction of Bankole and Adebutu was allegedly sealed during the zonal congress of the PDP, which held in Akure, Ondo State on May 14, 2016.

"Dimeji Bankole decided to work with the faction of Ladi Adebutu to tackle Kashamu Buruji's faction in the state ahead of the 2019 election. He then insisted that his group must be given one of the key zonal positions of the party zoned to Ogun State.

"He was eventually given the post of the Organising Secretary, which went to a former Majority Leader of the Ogun State House of Assembly, Fasiu Bakenne, while the group of Ladi Adebutu got the position of ex-officio, which was given to a former chairman of Ado-Odo Ota Local Government, Abayomi Tella and that of the Women Leader," said our source.

What is playing out in the Ogun State chapter of the PDP, a source said, is a pointer to the fact that the formidable teams of Dimeji Bankole and Ladi Adebutu are set to take over the mantle of leadership of the state in 2019.